About BER Assessor in Cork .com 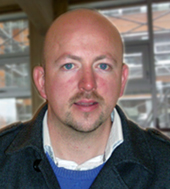 Kevin McCourt is an honours graduate of Civil Engineering and has spent the past 20 years working on a variety of projects ranging from new residential, industrial and  commercial property to refurbishment of existing property. Kevin has specialised in energy retro-fitting for the past 6 years and also has extensive experience in providing Commercial BER’s. Kevin was also the Secretary of the BER Assessors Association of Ireland. (BER Cork, BER Assessor Cork).

With less than 9% of existing houses achieving a B3 rating or better, we see a need to provide more than just a BER certificate. Our service will also provide you with a Tailored Improvement Report which will show how your property can stand out from the crowd and achieve a B3 rating or better. (BER Cork, BER Assessor Cork).

It is our policy to provide a detailed Improvement Report, illustrating the most cost-effective measures to improve your buildings BER Rating, and save you money on fuel bills. This will put your energy rating into perspective so that you can make informed decisions on where to make investments.

We believe that we offer the best value for money service in Ireland.

The Tailored Improvement Report is a unique selling point, as it will demonstrate the most cost effective and practical improvements that can be made to achieve a B3 rating or better. We are the only BER Assessors that provide this service.

Cork BER Assessor, Kevin McCourt is registered with the SEAI and covered by full indemnity insurance for all Commercial and Domestic BER or DEC Assessments.

Our main services are BER Certificates, both Commercial and Domestic and DEC Assessments.


We are proud to provide our professional BER and DEC services for clients, domestic and commercial, across Cork City and County